“How come you ended up with big boobs?”

That’s what my mum and sister used to say to me, going back to when I was in my teens and into my twenties.

I was quite slim but with a nice full C cup…. why do we never appreciate what we’ve got until it’s quite literally gone?

When I hit my early thirties I noticed some of the fullness was disappearing, probably years of running and high impact exercise not wearing a decent sports bra.  But also age and gravity too.

At 35 I was pregnant and despite what I'd hoped, my boobs didn’t really get that much bigger during pregnancy. Maybe they were just a little bit fuller but I liked them, they reminded me of when I was younger.

Of course once I had my daughter and stopped breast feeding, the inevitable happened and so for the last 4 years I have been left with empty sagging skin where my nice full boobs once where.

Shopping for clothes post child birth was rarely an enjoyable experience.  Everything I tried on revolved around, whether I would look half decent in one of my numerous under-wired, push up, extra padded bras.

Bikini shopping was even more soul destroying, some of my bikini tops had that much padding it was unbelievable that there was any room left for my boobs.

You get the picture, like many mums I have been unhappy with my boobs since having my daughter. 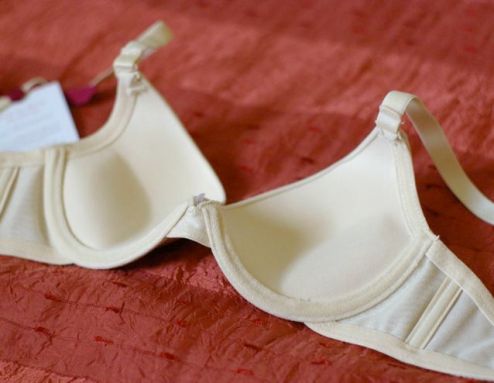 So for the last 4 years and especially every year when it comes round to summer and wearing less clothing, I would feel very self conscious about my upper body.

My family and friends would comment that I looked too skinny and I should put weight on. I work hard in the gym to stay slim and I definitely don’t want to look skinny but no amount of chest presses or push ups would ever change the appearance of my boobs.

If I do put weight on, because I’m more pear shaped it just goes to my hips and bum, not my chest, leaving me looking really out of proportion.

I think the turning point for me was when we were on holiday towards the end of summer 2015 and my husband took some photos of me drinking a Mojito on the beach.

I was wearing a black bandeau type bikini top, which had the usual padding.

At the time I thought I looked alright in it if I’m honest, but when I looked back at the photos I was gutted at how scrawny I looked….the camera never lies so they say. 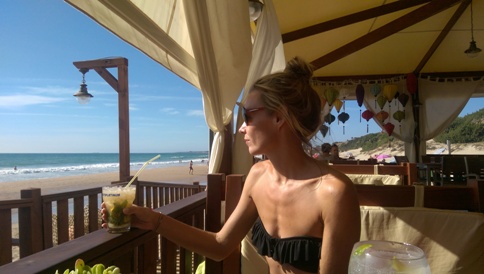 I couldn’t stop looking at this picture and hating what I saw but I never thought I would ever consider getting boob implants in my life. I just never thought it was for me.

Living on the Costa del Sol you just need to take a ﻿walk around Marbella and Puerto Banus to see that loads of women have had breast augmentation.  Cosmetic surgery is huge on the Costa del Sol but there are a lot of ‘fake’ looking boob jobs around and that’s really not my thing.

Christmas came and went, I turned 40 and it was on my mind again.

Maybe I was having a bit of a mid life crisis but as spring was around the corner I started to get a little paranoid about having to wear a bikini and summer clothes again.

I spoke to a couple of close friends who already had implants and more or less everyone said the same thing. 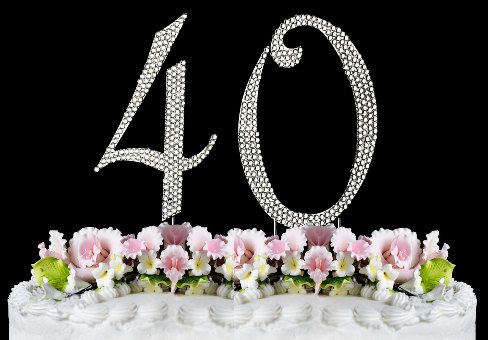 I decided to take the plunge and book consultations with a couple of plastic surgeons to see what they would suggest, easily done being in Marbella where there are plenty of top plastic surgeons.

Before and after breast implants photos

I did some research and started becoming a bit obsessed with googling pictures of before and after breast implants.

I kind of knew that by taking this step, I had half made my mind up. Although I told myself I was just getting quotes and doing a bit of research, I mean how much are boob jobs these days anyway? I was curious to know.

It was when I arranged my second appointment with one particular surgeon that I knew this was it, I was going to commit to having it done. I liked him from the start, he was friendly, personable and seemed to completely understand what I wanted and I think because he almost seemed to approve of the look I was after.

I made it clear in both consultations that I did not want big boobs, they were empty and I wanted the volume and fullness back, I didn’t want the implant to be visible and just wanted a very natural look. I said I was conscious of my ribs and chest bones being on show and that it made me look skinny.

He said he understood completely and pointed out that I had very thin skin on my chest and around my boobs and this was why my ribs showed through my skin. This made perfect sense to me; I wasn’t too skinny, just my skin was skinny!

I liked that he got what my objectives were and straight away he suggested 375cc (cc's = cubic centimetres) moderate profile round Silicone implants placed under the muscle (as this would give a more natural look). He would do an inframammary incision, which is where the lower part of the breast meets the chest wall, basically the breast fold.

I don’t really care about slight scarring on the fold as ill never go topless anyway. I freaked out a bit about the size and told him that that 375cc sounded big on my frame, but what do I know….

He gave me a price which I was kind of surprised with but in a good way since it was a massive €3000 cheaper than one quote I'd had.  He answered all my questions about recovery and when I can exercise etc.

So I confirmed with the surgeons secretary a few days later and we agreed the date and time I was going to have the op which was about 3 weeks away. That was it; I was booked in to have actual breast implants!!

Am I doing the right thing?​

I couldn’t quite believe it and from that day I can honestly say right up until the day of surgery I probably changed my mind at least 10 times. I had loads of personal reasons to be unsure if I was doing the right thing:

Despite all of these concerns I didn’t cancel but I decided I would only tell the people closest to me and those who I felt would be supportive of my decision.  I didn't even tell my mum and sister because I was worried about their opinion on cosmetic surgery and thought they would really disapprove.

I obviously didn't give them enough credit as once I did tell them (3 weeks after surgery) they were actually really happy for me.  My mum even said she would have come over to help out if I had told her what I was doing, I think she was probably wishing I had so she could have come to Spain for a little holiday too.

3  MAIN AREAS OF RESEARCH TO FOCUS ON

After deciding that I wanted to go ahead with the surgery I concentrated my research on 3 areas:

Finding a board certified surgeon with lots of experience in your cosmetic procedure is crucial to achieving the best result.

Compare costs and take into account travel expenses if opting for surgery abroad. Beware - The cheapest may not always be the best.

Important to mention that before committing to surgery one thing I made a point of doing was checking out my surgeon’s credentials. Depending on where you decide to have your surgery each country or region will have a directory of board certified surgeons.

You should always check your surgeon is fully licensed and registered even if you are going on a recommendation.

Get as much information as possible, check out their profile on the hospitals website he or she operates at, it should list their expertise, experience and qualifications.

Don’t be afraid to ask them what qualifications and experience he or she has for carrying out this operation and ask them for genuine testimonials from previous patients.

My ﻿plastic ﻿surgeon is registered with the following:

​Recommendations are always good but bear in mind that one surgeon who is right for your friend may not be right for you. This is a big decision you're making and you need to be sure that everything looks and feels exactly right.

If you enjoyed my story and are interested in seeing the results, then follow on to read about the day of my breast implant surgery as well as top recovery tips.​