Bullfighting will always be a huge topic of debate in Spain, especially Andalucía where it has been more than just a popular culture since the mid 18th century.

As usual during the summer when the bullfighting season in Spain is in full swing animal rights protesters do their up-most to campaign for this cruel tradition to be banned. 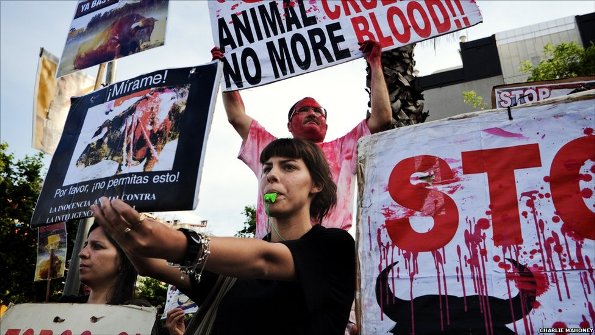 It’s hard to believe but every year it seems bull-related events in some parts of Spain are actually growing in popularity.   Although many towns and cities are finally taking action to stop bull fighting, Andalucía remains steadfast openly celebrating this medieval blood sport.

It would appear however that the country is divided in their opinion and San Sebastian in Northern Spain recently had its 3 year ban overturned and bullfights were reintroduced this summer.  This controversial act promoted a new wave of protesters to fight harder in their petition to have it outlawed once and for all.

One of the most recent incidents to cause a stir involved an animal rights protester who entered into a free bullfighting event in Malaga.  Virginia Ruiz bravely jumped into the ring to protect and comfort a dying bull before the matador could deliver the final blow. 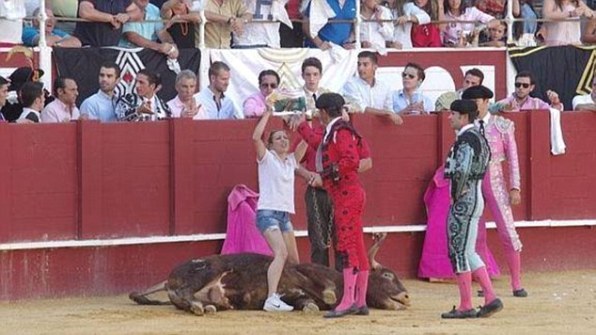 Male spectators were heard viciously shouting at her ‘whore’ and ‘get back into the kitchen’ as well as spitting and kicking her as she was dragged out of the ring.   Virginia continues to receive a backlash of abuse as well as a €6000 fine for her actions but does not regret what she did.

I mean they call Bullfighting an art, a tradition, part of Spain’s culture, call it what you want, the facts remain that the vast majority of the population do not support bull fighting and see it as an unacceptable spectacle in this day and age.

Many left wing Spanish mayors are finally turning their back on bullfighting or bull related festivals.  Some are refusing to spend any public money on supporting events which involve cruelty towards bulls instead putting the public’s money towards school books.

It is reported that 75% of Spaniards want to see bullfighting banned completely with the average age of supporters now 45 or over.  In fact only a few of the 500 bullrings in Spain are still in operation and are actually profitable, one being Madrid’s 3 week long San Isidro festival. 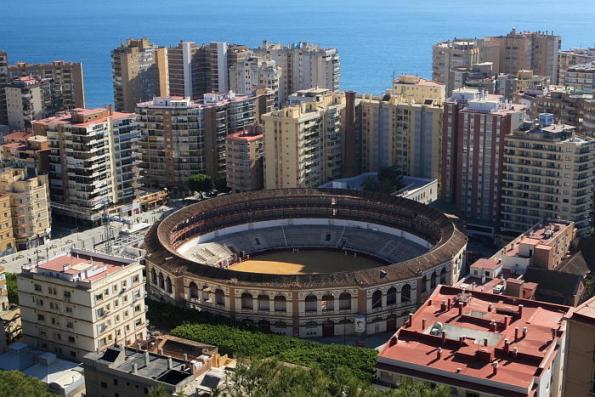 This tells a story in itself but will Andalucía, the birthplace of bullfighting ever follow in the footsteps of Barcelona, the Canary Islands and Valencia and enforce a complete ban?

Perhaps not for many more years to come but the wheels are in motion and as more people in power are speaking out and withdrawing funds, we can only hope that one day this barbaric blood sport will be seen as a thing of the past.

I would love to hear your thoughts about he contents in this post. What do YOU think? Are you for or against bullfighting?